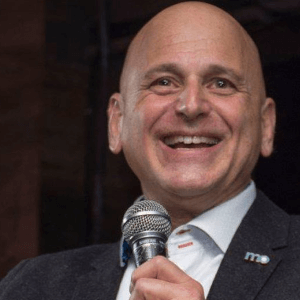 If only the wolf had studied neuroscience and had told a story instead of wasting his breath with all that useless huffing and puffing!

You see, neuroscience teaches us that we build up beliefs and views of the world through a process called Bayesian Learning. The end result is like a brick wall of belief.

Combined with another phenomenon known as 'confirmation bias', we hold fast to the schema in our minds, and selectively focus on evidence that confirms our beliefs; that strengthens the wall. Conflicting facts and data bounce off the brick wall like all the wolf's huffing and puffing on the brick house.

(This also explains the polarization of society today -- but that's another newsletter!)

In my livestream interview with Neuroscientist Marc Hurwitz, he explained that the most efficient way to get through that Bayesian brick wall is by combining facts and emotion. 'There's no sense fighting it,' he says, 'that's just the way our brains are wired.'

And there's no better way to do that than with a story.

So you can keep on huffing and puffing your sales & marketing energy away -- or you can tell a story; one that blends facts and emotion, reaches through the brick wall of existing beliefs, and takes the listener or reader along for the ride.

Click here, as the story goes, to learn more…